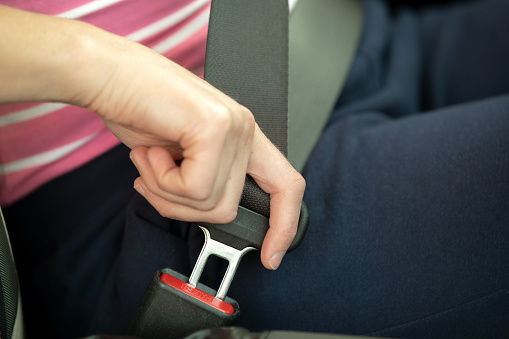 Negligent drivers are a threat to themselves, their passengers, and everyone else on the road in Pittsburgh and the surrounding communities. A driver who was speeding, texting, or falling asleep at the wheel can cause a car accident that changes people’s lives in seconds. And while not every accident can be prevented, the use of seat belts and car seats for children can help reduce injuries and save lives.

Here are ten things to know about seat belts and car seats.

For every 10 people, 1 of them doesn't buckle up when they're in the front seat.

That’s according to 2020 data from the National Highway Traffic Safety Administration (NHTSA).

In 2019, people not wearing seat belts accounted for 43% of car accident fatalities.

There were 22,215 people killed in crashes that year. Of that number, 9,466 were not wearing seat belts.

About 90% of drivers ages 16 to 24 wear seat belts in the front seat, a lower usage rate than older drivers.

The seat belt usage rate in Pennsylvania is not the worst in the U.S., but it’s also not the best.

NHTSA data found that 89% of drivers and passengers in Pennsylvania buckle up. That’s higher than New Hampshire, which has a 71% usage rate, but lower than Hawaii, where the usage rate is 97%.

Adult drivers and passengers are required to use seat belts in Pennsylvania.

Everyone age 18 and older is required to buckle up in the front seat. Seat belt use is required in all seats for all children under 18.

You can be fined for a seat belt violation.

In Pennsylvania, the fine for not wearing a seat belt as required by law is $10.

A seat belt violation can affect your car insurance.

Insurers in Pennsylvania raised rates an average of 4% for a seat belt violation.

That’s the most recent year that NHTSA data was available. In that year, children who were properly strapped into a car seat were twice as likely to survive an accident.

The youngest and oldest drivers are least likely to use car seats for children.

The NHTSA found that 11% of drivers between the ages of 16 and 24 and 9% of drivers older than 70 did not use car seats for kids. Those who didn’t wear seat belts were more likely not to put children in car seats.

Our law firm fights for the injured

Even if you always buckle up, it only takes one reckless driver to cause a crash that leaves you severely injured, in pain, and looking for answers on what to do next.

The experienced Pittsburgh car accident lawyers at Romanow Law Group fight for the rights of the injured. We know the impact a crash can have on victims and their families.

Medical expenses add up quickly. Victims may not be able to work, and there is less income coming in. Families can experience financial stress.

We build strong cases built on facts and fight the insurance companies to help our clients recover the financial compensation they deserve.

Put the Romanow Difference to work for you today. Contact us to schedule a free consultation.