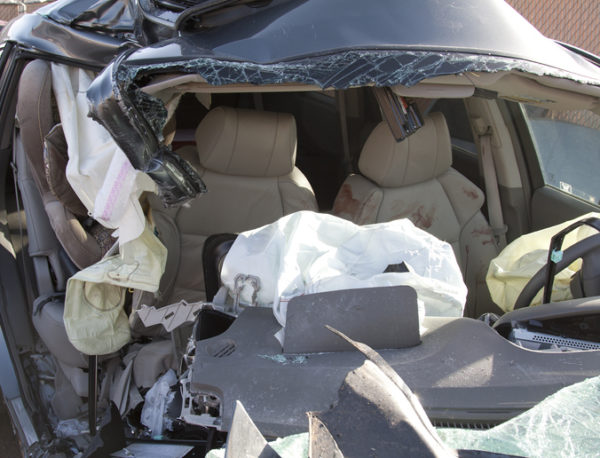 Even though there were fewer drivers on the road last year due to the coronavirus pandemic, car accident fatalities increased in 2020 nationwide to their highest number in more than 13 years, according to the latest statistics compiled by the National Highway Traffic Safety Administration (NHTSA).

In addition, car accident fatalities were up last year in Pennsylvania, as well.

"Even one life lost is one too many, and Pennsylvania is committed to moving toward zero deaths," said Pennsylvania Department of Transportation Secretary Yassmin Gramian.

Such startling figures are even more surprising given the fact that people drove less in 2020 compared to 2019. Specifically, Americans drove 430.2 billion miles less in 2020. That's a decrease of 13.2 percent compared to 2019, according to the NHTSA.

The NHTSA cited several reasons why traffic fatalities were higher last year compared to 2019, including:

Were accident fatalities higher in Pennsylvania in 2020?

Like the rest of the country, traffic fatalities in Pennsylvania were significantly higher in 2020 compared to 2019, according to accident estimates recently released by the Pennsylvania Department of Transportation.

"We cannot definitively say why fatalities increased during the COVID-19 pandemic even though it certainly had an impact on traffic volumes statewide," Gramian said.

However, there were notable increases in accident fatalities in Pennsylvania involving speeding (16 percent higher in 2020 as compared to 2019) and vehicles running off the road (13 percent higher).

How can a lawyer help?

You might think you don’t need a lawyer if someone else clearly caused your car accident. You may think so because the police are investigating your crash. Local and state police are only interested in determining the cause of your crash, not whether you’re fairly compensated for medical bills, vehicle repairs, replacement income if you cannot work and other accident-related expenses. Worst of all, the at-fault driver’s insurance company will likely do everything they can to reduce or deny your accident claim.

Our dedicated car accidents lawyers at the Romanow Law Group in Pittsburgh know how handle complicated legal cases. We have years of experience handling accident claims. As a result, we’re familiar with the state and federal laws that apply to accidents in Pennsylvania. We know what evidence to look for and how to negotiate effectively with insurance companies. If they refuse to cooperate, we won’t hesitate to take legal action on your behalf. Learn more about how we can help you. Contact us and schedule your free case evaluation at our Pittsburgh office today.