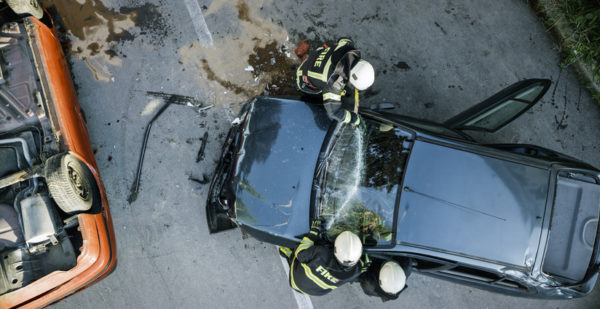 Traffic safety experts say there’s a ‘crisis’ on our roads.

In Pennsylvania, we’re seeing the deadly trend, too - especially in Allegheny County, which is second only to Philadelphia in the number of annual fatal wrecks reported. In 2021, crash fatalities rose to over 900 statewide - an almost 10 percent year-to-year increase.

Meanwhile, that same year, the number of fatal car accidents nationwide jumped by 10.5 percent. That means there were nearly 43,000 deaths on United States roadways in 2021. It’s the single highest year-to-year percentage change since the U.S. started tracking such data in 1975.

Researchers say the spike is being led partly by increased incidents of bad driving since the COVID-19 pandemic. Some drivers saw streets made less crowded by quarantine and took it as an opportunity to let their good habits slip. Although the pandemic is subsiding, risky driving behavior continues. This has led some safety officials to call the situation a “crisis.”

“We face a national crisis of fatalities and serious injuries on our roadways, and these tragedies are preventable — so as a nation, we must work urgently and collaboratively to save lives,” said Secretary of Transportation Pete Buttigieg in a statement announcing $5 billion in federal aid for safety improvements.

Like most parts of Pennsylvania, Pittsburgh has seen an uptick in car accidents since 2020. Over the last five years, city streets where multiple fatal accidents have occurred include:

With a focus on reducing accidents involving pedestrians and bicyclists, city officials are seeking ways to improve safety in the East Liberty neighborhood. They have marked these five corridors with the highest crash ratings: Penn Avenue, Centre Avenue, Negley Avenue, Highland Avenue, and East Liberty Boulevard. As a result, Pittsburgh officials are considering implementing safety measures such as traffic circles, bike lanes, and curb extensions for shorter crosswalks.

Other areas of the city identified as needing improvement include Oakland and the Hill District.

Were you injured in a crash? Talk to a Pittsburgh car accident attorney today.

You have the right to seek compensation for medical treatment, lost wages, replacement services, and other losses if you were injured in a car accident that was not your fault. However, the insurance company has a vested interest in paying you as little money as possible. As a result, it’s common for insurance adjusters to pressure crash victims into accepting lowball settlement offers or, worse yet, offer them nothing at all.

At Romanow Law Group, our legal team consists of highly skilled trial attorneys and no-nonsense negotiators who will fight for every dollar you’re entitled to under the law. We never back down to insurance companies, regardless of their size. We’re not interested in settling for less than what you deserve because we believe in doing more so you get more.

If you were injured or a loved one died in a crash caused by a negligent driver, put your trust in Pittsburgh’s go-to car accident law firm. Contact us today to schedule your free case consultation with an experienced car accident attorney to learn more about your legal rights and options.