Nearly Half of the Fatal Crashes in Pennsylvania Caused by Speeding 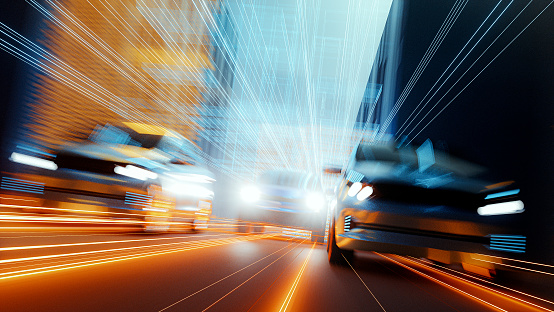 A recent nationwide study found that nearly half of all fatal car accidents in Pennsylvania occurred due to speeding drivers, resulting in the state being ranked third nationwide for the most speeding-related fatalities.

Value Penguin conducted the study, which analyzed speeding fatalities and other speeding-related statistics in the past decade. Between 2010 and 2019, a total of 4,904 people died in speeding accidents in Pennsylvania, the third-highest amount of any state in the country. The only states with more speeding fatalities during that 10-year period were Texas and California.

Worst of all, fatal car accidents caused by speeding drivers last year were even worse in Pennsylvania and nationwide, according to the Pennsylvania Department of Transportation (PennDOT) and the National Highway Traffic Safety Administration (NHTSA).

Nationwide, the number of car accident fatalities was higher in 2020 versus 2019, despite fewer drivers on the road due to the pandemic, according to the NHTSA. An estimated 38,680 people died in motor vehicle crashes nationwide last year, an increase of 7.2 percent as compared to 2019, when 36,096 people died in car crashes. Traffic safety officials attributed the sharp increase in motor vehicle fatalities partly to speeding drivers. Nationwide, speeding fatalities increased by 11 percent in 2020.

What makes speeding so dangerous?

There are many reasons why speeding is so dangerous and frequently results in serious car crashes. Such reasons include:

“Speeding endangers not only the life of the speeder, but all of the people on the road around them,” the NHTSA reports.

Why should I hire a lawyer?

Speeding car accidents might seem straightforward. A speeding driver crashed into your car, causing extensive damage to your vehicle and serious injuries. But the reality is such accidents often turn out to be much more complicated than many people expect. Sometimes, it’s because the speeding driver denies doing anything wrong. Other times, it’s because the at-fault driver’s insurance company denies your injury claim.

We know the games insurance companies play when it comes to speeding car accidents. That’s why the Pittsburgh car accident lawyers at the Romanow Law Group consistently obtain settlements and verdicts for injury victims and their families.

We know how to investigate speeding accidents, whether it’s carefully analyzing the official car accident report filled out by police, reviewing traffic camera footage whenever possible, interviewing witnesses who saw what happened and consulting with accident-reconstruction experts if necessary. We leave no stone unturned in pursuit of the truth.

Learn more about how our law firm can help you with your accident claim. Contact us and schedule your free consultation with an experienced Pittsburgh car accident lawyer who knows how to win tough legal cases.