The most common winter driving risks 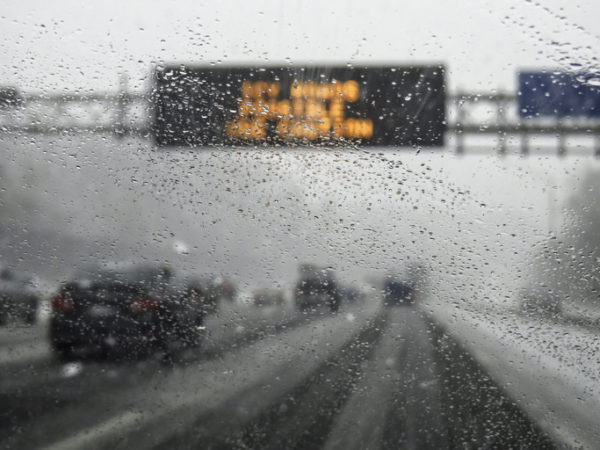 The conditions brought about by winter can be more than just an inconvenience for Pittsburgh drivers. It can reduce visibility and tire traction, as well as increase travel time. According to the U.S. Department of Transportation, about 21 percent of crashes, 19 percent of crash-related injuries and 16 percent of crash fatalities in the U.S. are weather-related.

The following conditions contribute to crashes during the winter:

The 10-year average of crashes involving snow and sleet from 2007-2016 was 219,942 crashes, which accounted for 4 percent of all vehicle crashes and 18 percent of weather-related crashes in the U.S. each year.

A yearly average of 54,839 people were injured and 688 people were killed in crashes that occurred during conditions of snow and sleet.

Icy pavement often occurs during freezing rain, or after snow/ice melts then refreezes. Black ice is often the culprit behind crashes that occur on icy pavement. It usually forms in areas that don't receive sunlight or on bridges and overpasses.

Slushy conditions can form in the road after heavy snow or snow that is mixed with rain. Slushy pavement often disrupts vehicle traction and stability, increasing the risk of spinouts and lane departures.

Poor visibility is a common risk during the winter

Many Pittsburgh drivers will find themselves in the dark until spring. According to the National Safety Council, there are some risks associated with night driving that drivers should be aware of.

Limited visibility is the most notable safety risk. For example, drivers can usually only see as far as 250 feet ahead of them at night with the normal use of headlights. With the high beams activated, visibility increases to 500 feet. This creates less time and distance to react to an obstacle in the road.

In addition, older drivers tend to have a more difficult time seeing at night. For example, drivers 50 and older need twice as much light for adequate visibility than drivers ages 30 and younger do.

You can't always blame the weather for a crash

The weather and visibility conditions during the wintertime are usually mere contributors. There are very rare circumstances where the weather causes a crash. For example, high winds and slippery conditions can make it nearly impossible to maintain control of your car, no matter how slow you travel. The majority of the time, the actions of drivers cause crashes during winter conditions. The most common types of human error we see at Romanow Law Group include:

If you were hurt in a crash linked to winter conditions, you may have a strong basis for a car accident claim. But getting compensated for your damages won't be easy. Insurance companies often try to shift the blame away from the at-fault driver when hazardous weather conditions are involved. For example, the insurance company may try to argue that the weather was to blame for your crash and nobody was at fault. They may even try to shift the blame onto you.

Meanwhile, you're being billed for hospital visits and repairs to your car. You may also learn that you need extensive medical care and need to take time off from work. The other driver's insurance company is not interested in compensating you. They are only interested in protecting their bottom line and they will take advantage of injured motorists who don't know their rights.

That's why you need a strong legal advocate on your side who can gather the facts and litigate your case. To get started on your claim, contact Romanow Law Group online and set up your free legal consultation.