Fatal pedestrian accidents soar in 2020, but Pennsylvania defies the odds 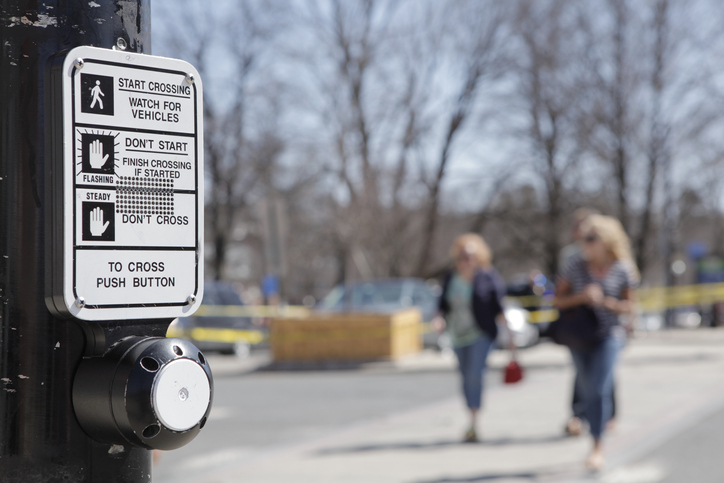 At the height of the pandemic, with fewer drivers on the road, traffic deaths reached a 13-year high in the U.S.

New research says it wasn't just people in cars, trucks, and motorcycles who were affected, as pedestrian deaths soared in 2020. Nationwide, an estimated 6,700 pedestrians died that year, according to the Governors Highway Safety Association (GHSA). That's nearly 5% more than the previous year.

In 2020, more pedestrian deaths coupled with fewer vehicle miles traveled conspired to raise the pedestrian fatality rate to 2.3 per billion VMT. This is a more than 20% increase over last year's 1.9 rate.

This is the largest year-to-year increase since the government started tracking fatal pedestrian accidents in 1975.

Analysts say that the spike in risky driving behavior associated with the pandemic was a major contributing factor to the rise in pedestrian deaths.

In 2020, during the height of the COVID-19 pandemic, roadways were far less traveled than normal. The economic shutdown and curfews were forcing people to stay home. A significant number of people saw the open roadways and figured they could drive recklessly without having to worry about hitting another vehicle. This led to more accidents, injuries, and roadway fatalities.

However, this wasn't so much the case in Pennsylvania. While the rate of pedestrians in fatal accidents spiked in most of the U.S., in 9 states, including Pennsylvania, the rate actually dropped.

Indeed, state data shows there were 6% fewer pedestrian deaths in Pennsylvania between 2019 and 2020. That still means 146 pedestrians died in traffic accidents last year, making it clear that we're far from perfect when it comes to preventing pedestrian fatalities.

The state's annual traffic report found that the most common pedestrian activities just prior to being in a fatal accident were:

It's also worth noting that almost 75% of pedestrian deaths happened on state highways.

Locally, Allegheny County experienced 9 pedestrian deaths in 2020; there were 4 such fatal accidents in Westmoreland and 3 in Washington counties.

In Pittsburgh, we have one of the highest rates in the U.S. of people who walk to work most days. The benefits of walking are many, but, as we've demonstrated, there are risks.

In an effort to safeguard walkers, joggers, and everyone else on foot, Pittsburgh's Department of Mobility and Infrastructure recently completed its first "Pedestrian Action Plan." The document highlights problem areas and proposes solutions.

City planners made a list of "hot spot" locations, that is, places where the most pedestrian-involved accidents happen. Identified hot spots include:

The plan lays out 10 strategies and actions aimed at making Pittsburgh a safer city for pedestrians. Among the suggestions, planners ask that the city:

If you or a loved one got hit by a car and were injured, you have the right to seek full compensation for your losses. That means you might be eligible for money that covers the cost of your medical bills, lost income, your pain and suffering, and any other compensable damages you sustained as a result of your injury. The problem is insurance companies are financially motivated to pay you as little as possible and are known for pressuring victims into settling for much less than what they're actually entitled to recover.

At Romanow Law Group, we know how to maximize the value of claims and fight for every dollar our clients deserve. We are Pittsburgh's go-to car accident lawyers, but we're here to help people all over Western Pennsylvania. Call or email us today to find out how we can help you.