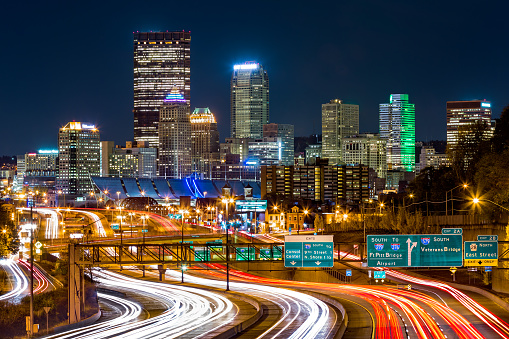 Our Car Accident Attorneys Reveal What Pittsburgh Drivers Should Know

Car accidents happen every year in Pittsburgh and throughout Pennsylvania, on highways, busy city streets, and back roads. Lives can be changed in seconds. A driver who is speeding, texting, or engaging in other risky behavior can cause a crash that leaves people with serious injuries. Sometimes, those injuries are fatal.

Advocates for Highway & Auto Safety has released its 2022 Roadmap of State Highway Safety Laws, which takes a close look at traffic laws and fatalities in each state to see what changes could be made to help make the roads safer. One of its conclusions is that Pennsylvania needs to do more.

Traffic fatalities are “out of control”

The report lists 16 optimal laws that every state needs to have as part of a comprehensive safety program, broken into the sections of:

Pennsylvania was graded “yellow,” which means a state has 6 to 10 of these laws on the books but needs improvement.

Where does Pennsylvania come up short? The report determined that the state needs to enact a primary enforcement seat belt law for all vehicle occupants, an all-rider motorcycle helmet law, a booster seat law, and ignition interlocks for all impaired driving offenders. It also calls for the state to update its GDL laws to add a stronger nighttime restriction, a stronger passenger restriction, a cell phone restriction, and change the age to 18 for an unrestricted license.

“These findings emphasize the need for progress on traffic safety laws at the state level, said Advocates for Highway and Auto Safety president Cathy Chase in a press release. “We have proven solutions at hand. We need our nation’s leaders to step up and implement them with urgency.”

But in Pennsylvania at least, there doesn’t to be any such urgency. CBS 21 News notes that no changes have been made to the seatbelt law since it was passed in 1987. The state used to have a mandatory motorcycle helmet law, but it was repealed in 2003.

Lawmakers have allowed the maximum speed limit to go up to 70 mph from 65 mph. A bill that allows local police officers to use radar guns passed the Senate unanimously last year but has been up for a vote in the House.

The state had 1,059 traffic fatalities in 2019, the report found, for a 10-year fatality total of 12,099. The report also determined that the annual economic cost of accidents in Pennsylvania is $7,063 billion when considering property damage, medical expenses, and lost productivity.

If you or a loved one was hurt in a crash, it’s important to get legal advice from an experienced car accident attorney so you don't end up losing out on the compensation you're entitled to. Romanow Law Group helps the injured in Pittsburgh fight back. Our lawyers investigate your accident, gather evidence, and build strong cases to get insurance companies to pay fair compensation for your losses. We take your case seriously from the start, and we do more so you can get more.

Discover what our law firm can do for you. Contact us today to schedule a free consultation.